Hickory trees are in the genus Carya, and they are deciduous trees made of hardwood in Asia and North America. They have nuts that are contained in a very hard shell, but the meat of the nut is oily rich, and tastes like pecans. They are actually related to the pecan tree, but they are higher in calories and fat.

Hickory nuts were eaten by Native Americans many years ago, and they would gather them and store them in barrels. They used to mash them and rind them to make delicious foods. When you cook hickory nuts in boiling water, you will make a fatty porridge type dish, but you can also eat them raw right out of the shell.

The biggest obstacle to tasting these divine meaty nuts is the difficulty in cracking open their shells. If you don’t hit them on the exact spot, you can bang and bang on them to no avail. Once you learn how to free the nut from the shell, you can enjoy these tasty and nutritious treats. You can eat them raw or cook them. You can substitute them for walnuts or pecans and save the shells for your fire.

Hickory nuts are from the genus Carya, and they are the fruit that is made by these trees. This family also includes the walnut and pecan trees. They have hard shells and are encased in greenish brown husks that dry after they fall off the tree. All hickory nuts are edible, but they are not all delicious. The ones that are edible are delicious and can be used in baking just as pecans and walnuts can.

Hickory nuts are either sweet or bitter depending on which type of tree they come from. It is important to know the type of tree before you collect the nuts for food. They take a very long time to grow, so you might have to wait years if you want to grow them on your property. The best way to harvest them is to find them in the wild.

Delicious edible hickory trees include Carya Ovata, which is the shagbark hickory tree, and it grows in the eastern part of the United States. It is named for its bark that peels off in large strips, which makes it look shaggy. It has husks that are green and fall off in the fall.

Other hickory trees with delicious nuts include the pecan tree, the shellbark hickory, the sand hickory, the mockernut, and the red hickory. They all have nuts that are sweet and taste similar to the pecan.

Several types of hickory are a great source of food for wildlife, but they are bitter in taste. These include the bitternut hickory tree, the pignut hickory, and the water hickory. While deer, squirrels, and birds are happy to eat these hickory nuts, people are better off to stick with the sweeter variety.

How to Shell a Hickory Nut

If you grab a hammer and start randomly banging on a hickory nut, it won’t necessarily split open. You have to hit it in exactly the right spot, and then it will split right open to reveal the meat inside. The shell has a membrane that is a partition. This is called the septum. The septum divides the kernel so that if you strike the shell by the stem, the impact will go up the shell and make the casing fall apart.

The shells are smooth and slippery, so it is hard to crack them with standard nutcrackers. You need to use a hammer and a stone, and you should have a bowl ready as well as a nut pick to pull out the meat inside. You want to place the hickory nut on a flat stone or a brick, and hit them near the stem with a hammer. Use the nut pick to free the meat and place it in the bowl.

Once you finish cracking the nuts and filling the bowl with meat, you can keep them fresh by refrigerating or freezing them.

How to Use Hickory Nuts

You can use hickory nuts for the same things you might use pecans, walnuts, or other kinds of nuts for in baking or cooking. You should shell them and keep them in a bowl because the shelling process can take time.

The meat in each nut is very small, so you will need to have a lot of it and measure it in a measuring cup. They are small enough that you shouldn’t have to mash them any smaller, but you can if you want to.

You can add hickory nuts to different kinds of cookies, including chocolate chip, or you can bake banana bread and mix them in. You can substitute hickory nuts in recipes that call for pecans or walnuts as well.

In addition, they are a great addition to a salad or rice. These nuts are so versatile that once you have them out of the shell, there is no limit to what you can do with them.

You might not see hickory nuts commonly in the grocery store because they are hard to shell and have very little meat in each nut. When you do find them, they can be expensive. The best way to gather hickory nuts is to collect them from a wild tree. They grow well in the deciduous regions of the eastern United States.

You should be aware of the different types of hickory trees because some hickory nuts are bitter. You definitely don’t want to take the time to shell them only to find out that they aren’t edible. As long as you hit them near the stem, they should split right open. You can pick them out and collect the meat in a bowl.

You have so many choices for how to use your hickory nuts, from eating them raw to baking them or sprinkling them over a salad. They can be delicious, and they will add flavor to your meal. 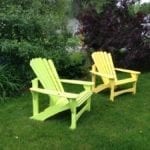 Simple Ways to Make Your Backyard Private on a Budget 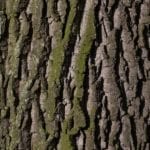 Effective Ways to Get Rid of Oak Mites 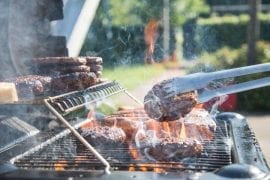 How to Keep Your Grill Secure From High Winds 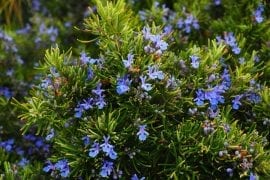 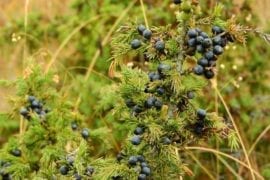