There are a ton of cuts of meat out there and it can be a little difficult to fully understand what each one is, what encompasses them, and what the best uses for them are. After all, using the wrong cut of meat can have a drastic impact on the meal that you plan to have.

There are two cuts that tend to be a favorite as well: chuck roasts and shoulder roasts. Knowing how to use those two cuts can really amplify the way that you prepare and use them, amplifying the experience of those meats as well.

Chuck Roasts: What Are They and How Do You Use Them?

The chuck roast is cut from the area of the cow’s shoulder. Since the shoulder gets a lot of exercise, it can be on the tough side despite the fact that it has a great beef flavor to it. That toughness may not make it ideal for certain meals.

Generally speaking, you will see chuck beef in things such as ground hamburger meat. This is because it has a high ratio of fat compared to meat – the ratio tends to be around 20% fat and 80% meat for the best types of hamburgers.

You may also see chuck roasts used for things such as pot roasts and stews. The latter usually requires the beef to be cubed. Chuck roast is used for stews and roasts because those connective tissues that it has tend to melt as the meat itself braises. That melting connective tissue results in a self-basting action for the beef.

If you allow your chuck roast to marinate for a proper amount of time, it can be quite tender and very delicious. It just requires time and a slow cooker or crock pot that the roast can marinate and cook in for most of a day.

There are other roasts that are cut from the chuck, too. English Roast, Boston Cut, and Cross Cut are some of the more common cuts that you will see coming from the chuck.

Shoulder Roasts: What Are They and How Do You Use Them?

There can be a bit of confusion about the difference between chuck roasts and shoulder roasts since they both come from the shoulder of the animal. But the fact of the manner is that both cuts can be quite different in nature.

As mentioned, chuck roasts are used for things such as hamburger and pot roasts that require time to tenderize. Shoulder cuts, meanwhile, tend to be more tender in nature and can go right on the grill to be enjoyed in short order.

Flat iron steak is one of the more common cuts of shoulder beef. This cut is thinner in nature and cooks pretty quickly, so it requires great attention to prevent overcooking. There are also top blade and shoulder petites that are lower in fat and cook a bit quicker.

You can also make roasts out of the shoulder cut thanks to the shoulder clod arm roast. Because it isn’t quite as high in fat content, it requires a low and slow cool to prevent it from drying out. It also requires a bit of a marinade to provide that flavor depth as well.

What’s great about the shoulder cut is that it makes for a great steak. You can get a blade steak – which is thinner – as well as a chuck steak. There are bones in it that can add extra flavor to your cook should you choose to leave them in or you can simply cut the meat off the bone after the cook.

When it comes down to preparation and cooking, it is all about how quickly you want the meal and if you want more fat content versus a leaner cut. The leaner cuts will cook more quickly, but they won’t have quite the same flavor that a fattier piece of meat will have.

Delicious, tender roasts can be created if you place the roasts in a crock pot or slow cooker. This way, it can marinade in its own juices over the course of the cook to provide a more flavorful, tender meal than you may have gotten with a shorter cook time.

There is no right or wrong when it comes to shoulder versus chuck. It depends on the fat content, the cook time, and the beef flavor that you prefer in your meal. Either can create an absolutely delicious cook with vastly different requirements and cook times.

The key is to ensure that you have the right cut of meat for the meal that you plan to create. Going with a leaner cut for a stew may not be the right way to go as a roast would not be what you would want for a meal in short order. 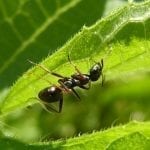 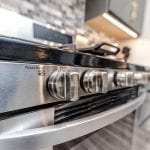 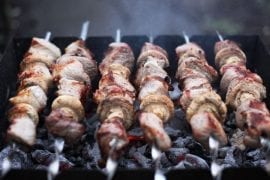 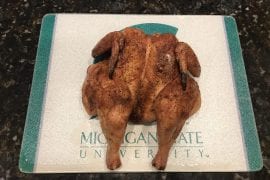 How to Get Crispy Skin on Smoked Chicken