While ABT is an acronym for many things like the stock ticker for Abbott Laboratories, American Ballet Theatre, Army Basic Training, Arizona Broadway Theatre in the culinary world it is short for a mouth watering bacon wrapped jalepeno and whatever you’d like (sausage) popper. Of all possible things, ABT is short for Atomic Buffalo Turds!

These ABT’s have all kinds of methods of cooking and preparing them. Some like to grill them while most like to smoke them. I’m personally with the smoked side of the preference scale because I do enjoy smoke flavor in my cooks.

How to Best Prepare an Atomic Buffalo Turd A.K.A. ABT?

For this step in making the ABT’s, you may also want to use some rubber gloves so you don’t accidentally rub your eye with jalapeno juices on your finger (Been there, done that and it burns even if you do it after you have washed your hands).

To prepare these ABT’s start out with the jalapenos. Cut the top and bottom off of the jalapenos and then cut them in half. Once the jalapenos are in half remove all the seeds and give them a good rinse.

If you like more heat save some of the seeds for later, if not, then disregard them.

For the next step in making ABT’s get out a mixing bowl. Combine the Bob Evans Zesty sausage and about a cup of shredded Pepper Jack cheese (add two cups if you prefer things more cheesy like me). If you also like more heat, add some of the seeds from the jalapeno peppers that you just cleaned. Hand mix all these things together until you have an even mixture.

Now it is time to start assembling the ABT’s. Start out with 1/2 a cleaned jalapeno and spoon fill all of them with the sausage mixture you have just created. Do this with all the jalapenos.

Now that the jalapenos boats are filled it is time for the last step in the ABT’s process. Wrap these bad boys with the bacon. I usually get away with using just one strip of bacon per jalapeno boat but if they are larger then average you made need two.

If you have trouble getting the bacon to stay on the ABT then soak some wooden tooth picks in water for 10-15 minutes. You can cheat and poke the toothpick through the bacon and through the jalapeno to help hold the back on the ABT.

How to Best Cook an Atomic Buffalo Turd A.K.A. ABT?

How to Cook the ABT in the Oven?

If you don’t have a Big Green Egg or smoker you can cook these in the oven easily too. Bake them at 350 degrees for about 40-45 minutes.

If the bacon isn’t quite done but the sausage is then turn on the broiler. Make sure you watch them closely when doing this as they will cook fast. The ABT are ready when the bacon is cooked and the internal temperature of the sausage is 160 degrees.

How to Cook the ABT in the Oven? (Preferred Method)

Fire up the Big Green Egg and get it dialed into 225 – 250 degrees. These ABT’s will be cooked indirectly. So make sure you have the plate setter / conv”egg”tor inserted with the feet facing up as well. Obviously, throw the grate on top of the feet and the Big Green Egg is setup for the ABT’s.

If you want to add some more flavor I also recommend adding some hickory wood chips prior to getting the ABT on the Big Green Egg.

Simply place the ABT’s on the grate and close the lid. The ABT’s will take about 2 – 2.5 hours to cook in which you’ll want to check the internal temperature prior to pulling (I put a probe in a couple of the ABT’s).

For the internal temperature you are looking for 160 degrees in the middle of the sausage. Once the sausage achieves 160 degrees they are ready to be pulled and eaten. Enjoy these ABT’s and don’t forget to try different ingredients and cheeses as the options are endless when it comes to ABT’s! 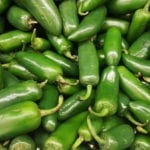